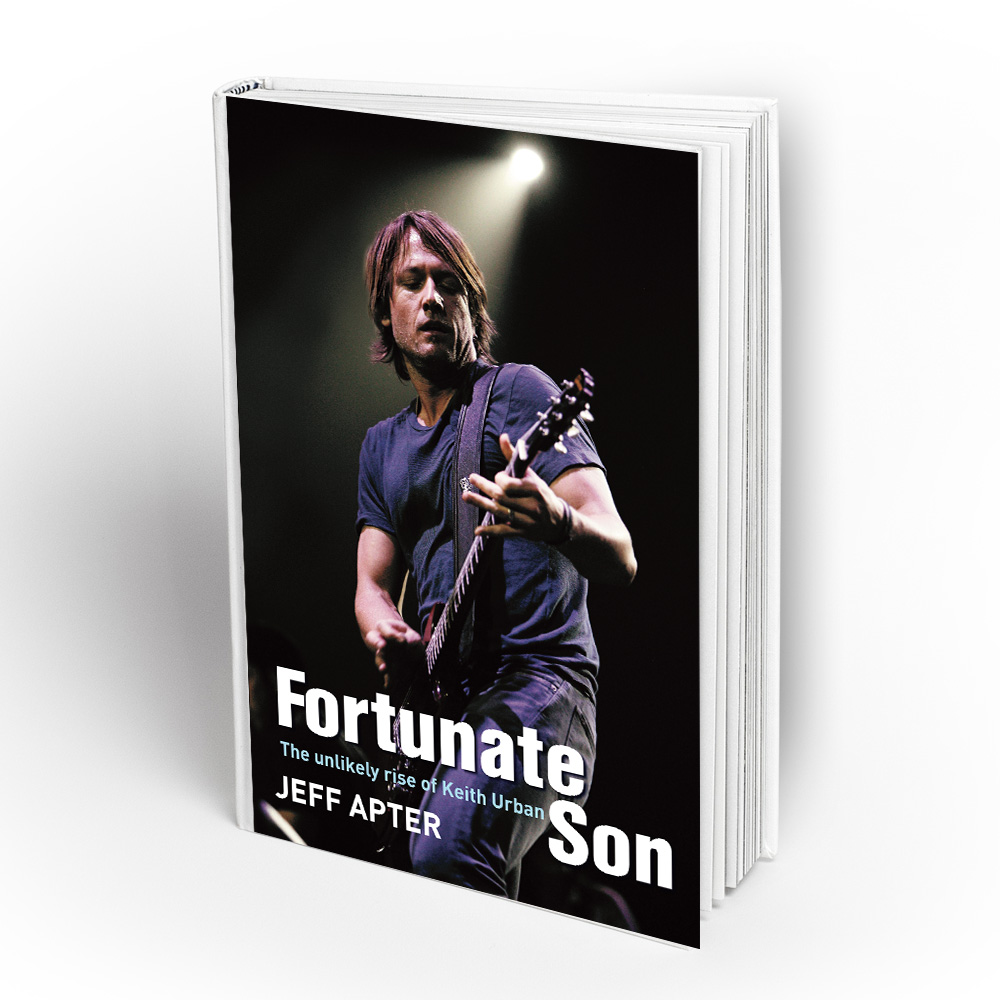 Keith Urban - suburban loner, gifted guitarist, drug addict, platinum-plated superstar - has squeezed a lot of living into his 44 years. He now ranks with Kylie Minogue, INXS, Silverchair and Savage Garden as one of the country's biggest musical exports of the past 20 years. Domestically, his star has risen off the back of the reality TV sensation The Voice and his greatest hits album, The Story So Far, debuted at #1 on the ARIA album chart.

Fortunate Son: The Unlikely Rise of Keith Urban, the first biography of this movie-star-handsome country hero, tells the unlikely story of how Urban - who was born in New Zealand in 1967 but raised in Queensland - followed and eventually fulfilled his dream of selling country music back to the Americans, the people who created it in the first place.

In an age when a crew of crack Nashville songwriters generate most of the hit songs recorded in Music City, Urban is an anomaly: actually writing, or at least co-writing, most of his material. Many feel he's watered down his rootsy take on country music to please the masses, but Urban's success is undeniable: to date he's sold millions and millions albums, has scored fourteen US Number One singles and typically sells out his stadium-sized shows in minutes.

His very public relationship with 'our' Nicole Kidman, whom he married in an A-list affair in June 2006, has earned Urban a totally new audience, as gossip mags across the planet chart the 'Kurbans' every move. Frank and authoritative, and based upon extensive interviews with friends, foes and Urban insiders, Fortunate Son: The Unlikely Rise of Keith Urban reveals how Keith Urban lived out his childhood dream - and the price he's had to pay to reach the top of the music business.