Tragedy: The Sad Ballad of the Gibb Brothers 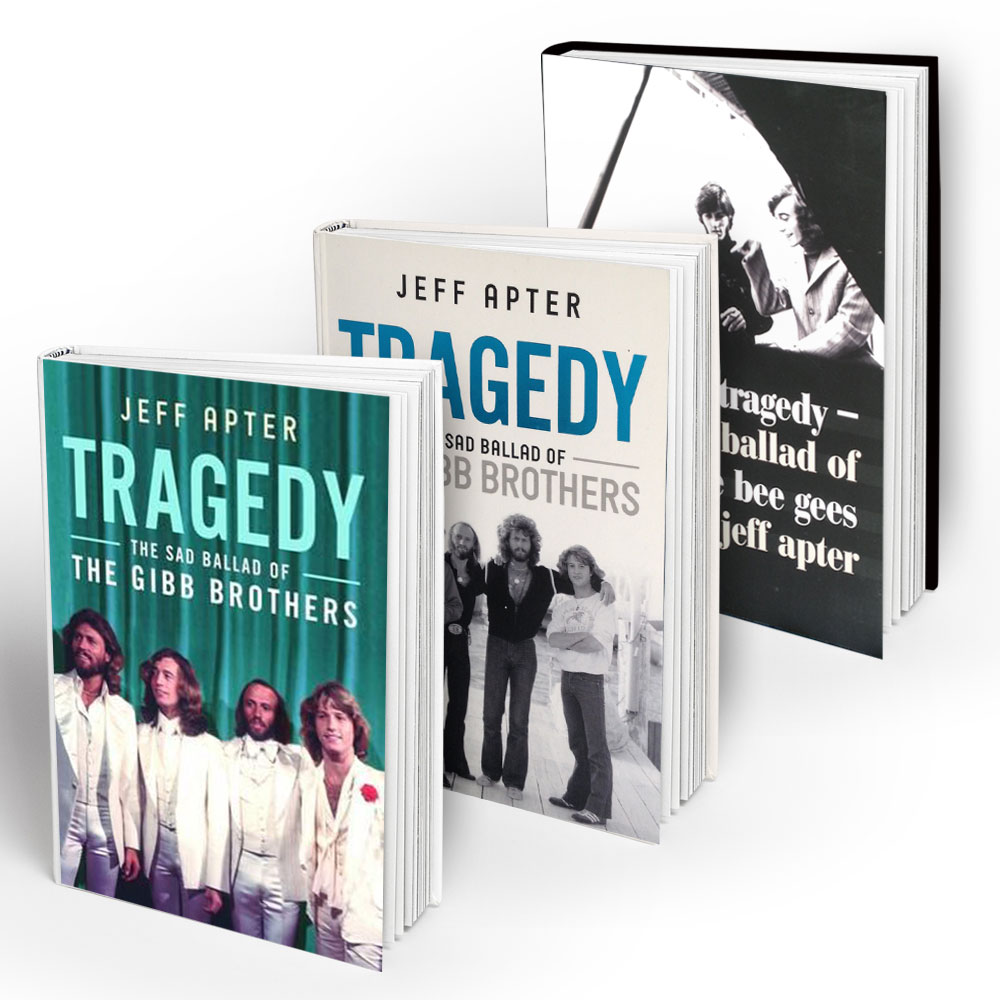 From the July 18 edition of the Sydney Morning Herald and The Age, where Tragedy was selected as their Pick of the Week:
'My brother was bass guitarist for Normie Rowe when Barry Gibb played a demo of the Gibbs' latest recording at rehearsals one afternoon in Sydney. It was Spicks and Specks, the single that, after a string of flops in Oz launched the Bee Gees. Jeff Apter's record of their rise, fall and rise really gets you in. Especially those heady days in Britain in 1967 when they turned out a string of hits. But there is deep sadness in the tale too, for when they sang Tragedy they couldn't have known that was in store with the untimely death of Maurice, younger brother Andy and, more recently, Robin. Apter brings the story up to the moment, Barry Gibb, after an extended time channel surfing on his couch, rousing himself to do the Mythology tour.’ —Steven Carroll

Tragedy was published in the UK
and North America by Jawbone Press in June 2016 and a new, smaller format edition of the book was published in Australia in March 2018. You can hear me speaking about the book with radio station 4KQ.